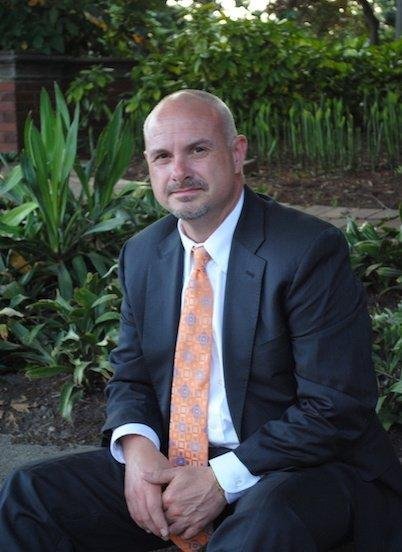 A native of New Bern, North Carolina, Daniel Barker completed his Bachelor of Arts degree at North Carolina State University in 1989 after graduating from Episcopal High School in Alexandria, Virginia. He then attended Cumberland School of Law  at Samford University in Birmingham, Alabama, earning a Juris Doctorate Degree in 1992.  During his third year of law school, Daniel was elected and served as President of the Student Bar Association.

Daniel returned to Raleigh to begin his legal career as a sole practitioner for six years in the practice areas of real property transactions, criminal defense and civil litigation before joining the Raleigh office of Stubbs & Purdue in 1999.  From 1999-2009, Mr. Barker maintained certification by the North Carolina State Bar - Board of Legal Specialization as a Certified Specialist in Real Property Law, Residential Transactions. After practicing in bankruptcy court for a year, he returned to solo practice until 2016, when he and current law partner, Ian S. Richardson formed Barker Richardson, PLLC.

Daniel has more than twenty-four years of experience in the private practice of law, and is admitted to practice in all North Carolina State Courts as well as the United States District Court for the Eastern District of North Carolina.

Daniel's current practice areas include: general civil litigation for individuals and their businesses, traffic and criminal defense (in both NC state and federal district court), preparation of property bonds (to secure the release of criminal defendants from pre-trial custody in both state and federal court) and prosecution of civil claims for employees and victims of sexual abuse, exploitation and harassment.

Daniel serves several non-profit entities, including serving as a Trustee for The Montessori School of Raleigh, where he served as Vice President in 2009-10. He was as a Founding Board Member of The Childs Advocate (now a part of Legal Aid of NC) and Daniel currently serves on the Communications/Technology Committee of the Wake County Bar Association. In December 2017, Daniel was elected to serve on the Board of Directors for the Wake County Bar Association and Tenth Judicial District Bar for a three-year term 2018-2020. In July 2018, Daniel began serving on the 4All Service Day and Privacy and Data Security Committees of the North Carolina Bar Association for 2018-2019.